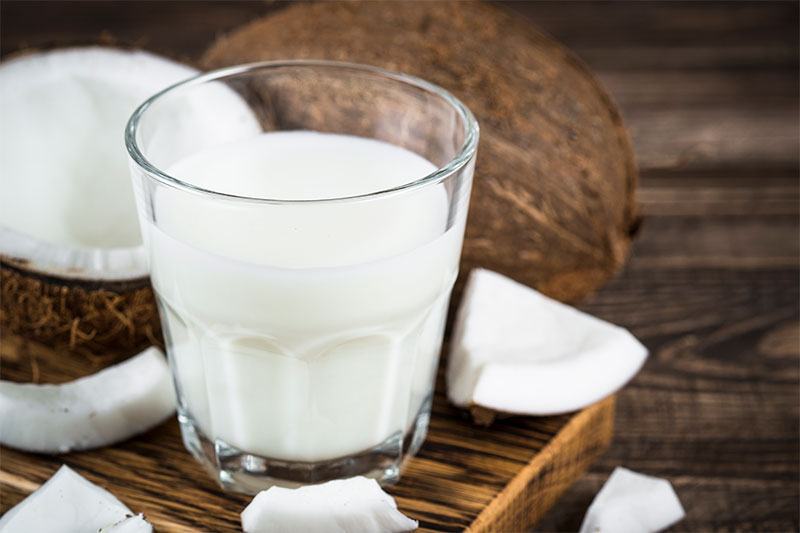 For some years now, milk substitutes made from almonds, soy, coconut or oats have been booming. For a multitude of reasons such as allergies, intolerances or simple food choices, some consumers turn to these products. But from a nutritional point of view, can these drinks really act as a substitute for traditional milk?

According to a study conducted by mcGill University researchers in January 2018, soy beverages are the best alternative to cow’s milk. This is due to its high protein content (8g per 250 ml cup; similar to cow’s milk) and also to the fact that it contains phytonutrients that would demonstrate anti-carcinogenic properties.

As for the almond drink, it is very low in protein, barely 1 or 2 g per cup. Certainly, many people are attracted by its low calorie intake (just 30 calories per cup). However, this beverage contains only 2% almonds and 98% water, preservatives and thickeners as well as added vitamins. If you want to benefit from the good fats found in almonds, then it would be wiser to eat the almonds in their natural form.

Coconut milk also contains little protein. It can however be an interesting food to try in several recipes for its taste and texture.

In short, it is the fortified soy beverage that has the most similar nutritional profile to milk. However, the other choices are not bad but you just have to make sure to supplement them with other sources of protein so as not to run out of them.