5 things to do
after a binge-eating episode 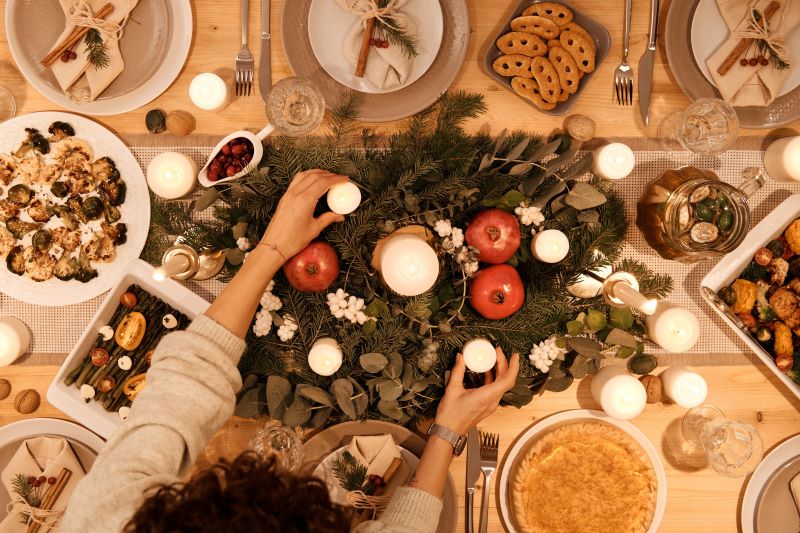 Have you experienced times where you binge eat, leaving you feeling too full and bloated? You beat yourself up for not having enough willpower to resist to the temptation the cookies, chips and chocolate. Filled with guilt, shame and panic at the idea of gaining weight, you convince yourself that tomorrow will be a better day. However, tomorrow comes and the binge-eating and what follows after repeats itself. Does this seem familiar to you?

Do you feel desperate to get out of this vicious cycle? Here are 5 things that can help you after a binge-eating episode:

1. Give yourself a good dose of self-compassion

Beating yourself up for binge-eating and being riddled with guilt and shame will only reinforce the problem. Indeed, it can lead to even more compulsive eating behaviors. This is because, this self-criticism will exacerbate negative emotions which might make you turn to food even more to help you soothe those emotions.

Also, talking yourself down will lead to a poorer self-esteem and increased body -satisfaction. Hating yourself for eating too much will not motivate you to nourish your body better and to move to feel better. Instead, those behaviors will be perceived as a punishment for having done something terribly wrong. Undoubtedly, those same behaviors will be hard to sustain.

On the other hand, applying self-compassion will help you to move on and listen to your body’s needs better in the future. Self-compassion will help to accept yourself as you are and not try to aim for perfection. As a result, because you will feel better about yourself, nourishing your body well and moving for well-being and for fun will just become intuitive instead of being self-imposed and unsustainable.

Part of applying self-compassion is to try to observe without any judgement or criticism what triggered the binge-eating. A binge-eating episode usually occurs because your body is sending you a message.

For instance, could it be that you didn’t eat enough during the day? Or if you did eat enough, was it satisfying enough? Did you use food as a coping mechanism to soothe your emotions? . To help you dig deeper into the root causes of the binge-eating episode, you can read this blog article. Addressing the triggers of the binge-eating will help you be more aware of your body’s needs and consequently can help you reduce the frequency and intensity of the binges.

3. Do NOT restrict yourself

Too often, the automatic behavior after a binge is to restrict yourself even if you are hungry as a way to compensate for the binge. However, by doing so, you will be starving your body. As a result, your body will increase your hunger and cravings as a way to protect itself from that self-imposed restriction. This could lead to the other extreme: bingeing again. And the cycle will repeat itself.

Instead of restricting yourself, eat at the next meal. By consistently feeding your body, the latter will decrease the urge for you to eat as it will be reassured that it’s being given enough food. This will help to break that cycle of restriction-binge.

Moreover, try to give yourself unconditional permission to eat what you want. This will help to normalize all foods and as a result, your forbidden foods will become less appealing. If on the other hand, you force yourself to eat some specific foods while wanting foods that you binge-ate on before, it will trigger another binge-eating episode.

For instance, if you binge-ate on chips, you might probably forbid yourself from eating them again. You might tell yourself that if you have a craving, you should just eat raw vegetables instead. However, by doing so, you will be categorizing foods as “good” and “bad”. Therefore, the “good” food aka the vegetables become much less appealing as you feel forced to eat them as a way to punish yourself for eating the chips. And the latter becomes even more forbidden but also more attractive, resulting in that vicious cycle again.

4. Do NOT weigh yourself

The number on the scale will reinforce the negative self-talk and will only trigger restriction and the whole cycle described above. Moreover, weighing yourself immediately after a binge can be a false representation of your actual weight gain as there will be undoubtedly more water retention in your body.

Instead of focusing on the impact of food on your weight, try to trust your body that it will go back its natural weight.

5. Engage in some self-care activities

To avoid a negative self-talk and not think about the feeling of being over-full, try to practice some self-care activities after a binge-eating episode.

It could be going for a walk (to feel better, not to burn calories), taking a nap, talking to a friend, taking a bath, etc. Engaging in a self-care activity will help alleviate the stress after a binge-eating episode. As a result, it will be easier to connect again with your body cues such as hunger to avoid the restriction-binge cycle.

Binge-eating episodes definitely bring their loads of distress, guilt and shame. However, I can assure you that you can get out of this vicious cycle and achieve food freedom with time and the right support system. If you need help, please feel free to reach out.