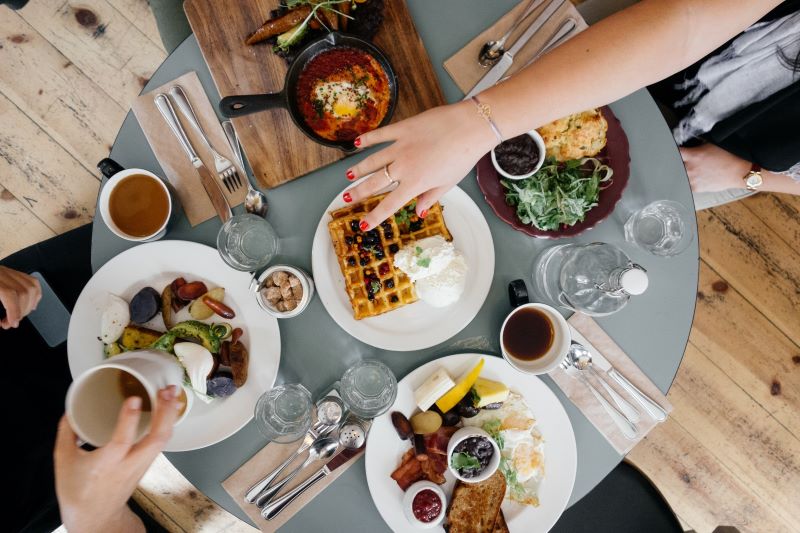 In 1995, dietitians Evelyn Tribole and Elyse Resch introduced a new concept about food and lifestyle called intuitive eating that took the diet world by storm. Intuitive eating is about listening to the body’s internal signals to make food decisions rather than focusing on external cues such as diets and societal pressure.

Its objectives are to decrease anxiety, body image issues, obsessive thoughts and food guilt, as well as to promote body positivity, discover satisfaction in eating, and reclaim your relationship with food.

Since it has only gained popularity in the past few years, it makes sense that it is not fully understood. In addition, there are tons of misconceptions, that may make individuals skeptical about adopting this approach in an attempt to become intuitive eaters.

Below, we demystify some common misconceptions about this evidence-based model for eating.

Intuitive eating is not a weight loss method. If you try the intuitive eating approach solely for the purpose of losing weight, you will most probably develop external rules that will guide your food decisions instead of being able to connect with your body (which is the basis of intuitive eating).

During the process of becoming an intuitive eater, an individual will likely find his/her “natural  weight,” which is a weight which he/she can maintain easily without restricting his/her food intake and/or engaging in excessive physical activity. You may have an idea of what that weight is, but it cannot necessarily be predicted using a formula such as the BMI.

In addition, there are a long list of benefits associated with intuitive eating other than the weight. For example, you may experience an increase in self-confidence, pleasure of eating, self-esteem, well-being and optimism.

You can also expect a decrease in eating behaviours like fasting, bingeing as well as a decrease in food thoughts and anxiety. These are in addition to a plethora of health benefits, like decreased triglycerides (fat in the blood), increased HDL (good) cholesterol and decreased inflammation. In fact, those markers are better indicators of health than weight.

Intuitive eating means the individual has unconditional permission to eat what he/she would like. However, what makes someone eat excessive amounts of pleasure foods (such as sweets, chips, burgers, fries, etc.) is often due to restriction. If someone restricts a certain food for a long time, it puts a certain value on it – and when that person ends up eating the food, they may end up eating excessive quantities.

It’s been proven that once someone exposes himself/herself to a certain food again and again, that value is lost. Therefore, if they permit themselves to eat the foods when they feel like it, they’ll likely eat smaller portions.

Also, if a person is eating according to their hunger and fullness cues as well as listening to how their body feels in response to different foods, it’s likely that these types of foods won’t be eaten in excess or take up the majority of their diet. Just imagine giving yourself unconditional permission to eat burgers and pizza for every meal, every day of the week. At one point, you get sick of it!

3. I can only eat when I’m hungry and I have to stop when I’m full.

If something sounds like a rule and is rigid, it’s not intuitive eating. Having rules like these is what makes people want to do the opposite. We’re humans – we don’t like being told what to do! Eating when you feel a stomach hunger and stopping when that stomach hunger is fulfilled may be what makes you feel the best most of the time.

But, there’s other different types of hunger that should be satisfied as well. For example, someone may have heart hunger – they feel sad, and all they’d like is their mom’s homemade grilled cheese and soup. Or, someone may have eye hunger – they see their friend drinking a strawberry milkshake, and they’d love a taste. These are perfectly valid reasons for eating, as long as the person considers why they feel like eating a particular food and how they will feel after eating.

As stated by the two founders of the approach: “If you give yourself permission for occasional responses to taste hunger, you’ll feel more satisfied with your entire eating experience and find that you end up eating smaller quantities of food in general.”

Eating beyond fullness is nothing to feel guilty about either. Noticing fullness, however, is important since you can then make the conscious decision to keep eating and remember how you felt afterward. Sometimes, eating past fullness cues is what was required to feel better in that moment. However, you might not want to eat beyond fullness all the time as it you will probably not want to feel uncomfortable and bloated after each meal.

4. It’ll be easy to become an intuitive eater.

“All I have to do is apply the 10 principles of intuitive eating, and I’ll be an intuitive eater just like that!” As this may be the case for some people, for most, the intuitive eating journey is much more complex. If you have been entrenched in diet culture for years and years, it’ll take time to train your mind to think differently.

But do not despair! What’s important to remember is that we were all born intuitive eaters, and it’s possible to regain that ability. Babies drink when they’re hungry and stop when they’re full. Kids will eat when they feel the need to, and eat even more on the days where they’re extra active. They don’t think too hard about food, and they haven’t set up rules for themselves.

It’s diet culture that has pushed these thoughts onto us – through television ads, through food labels, through magazines, through social media, etc. These messages don’t have to be permanent. Through some work, they can be (mostly) removed from our thoughts. Intuitive eating is a journey that is so worth it as you achieve food freedom and become in control of your food instead of food controlling your life!