Does the barbecue pose a threat to your health? 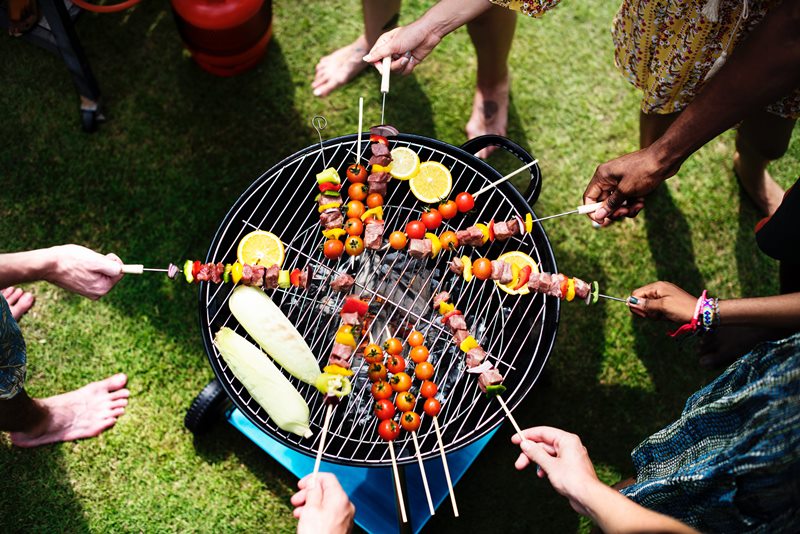 With the summer temperatures finally kicking in, barbecuing becomes undoubtedly the go-to cooking method for the season. However, this cooking method has often been linked to an increased risk for health, particularly with regards to a greater incidence of cancers. So is it a myth or reality?

In fact, cooking meats at high temperatures (over 200 degrees Celsius or 400 degrees Fahrenheit) releases substances called heterocyclic amines which have been associated with the onset of certain cancers. In addition, when the fat from the meat drips into the heating element of the barbecue (charcoal or propane flames), another category of carcinogenic compounds called benzopyrenes is formed. Usually, the higher the temperature, the more carcinogens are formed.

Some tips to make barbecuing healthier

Barbecue should however not be forbidden as certain measures can be taken in order to minimize the production of those carcinogenic substances. According to the Public Health Agency of Canada, marinating the meat with a sauce containing either lemon juice or balsamic vinegar could prevent the formation of those carcinogenic substances by as much as 90%.

Choosing lean cuts of meats or leaner protein sources such as chicken or fish could minimize the amount of fat dripping into the flames, thereby decreasing the amount of benzopyrenes formed. If you choose a fattier meat, you can also trim the visible fat.

Avoiding the direct contact of the meat with the flames could also be protective for our health. You can do so by wrapping your meat with parchment paper or by lifting the grill as high as possible (a minimum of 10 cm above the flames is usually recommended).

Finally, this cooking method could also be made heathier by lowering the cooking temperature in the case of a gas barbecue so that the meat is not charred. Flipping the meat often when it is on the grill will also help in preventing charring.

Are carcinogenic compounds formed with all barbecued foods?

Those substances that could be dangerous for health are only formed in foods that are high in fats and proteins. Hence, there is absolutely no risk in barbecuing vegetables. Also, with regards to protein sources, it is a good idea to use meat substitutes from time to time as they are lower in saturated fats that red meat. For instance, grilling tofu or vegetarian burgers made with legumes (beans or chickpeas) could minimize the formation of those carcinogenic compounds that are usually associated with red meats. So why not give this recipe of tofu skewers a try the next time you plan to do a barbecue?

With those tips and tricks, it will be possible for you to keep enjoying your barbecue without compromising too much your health!