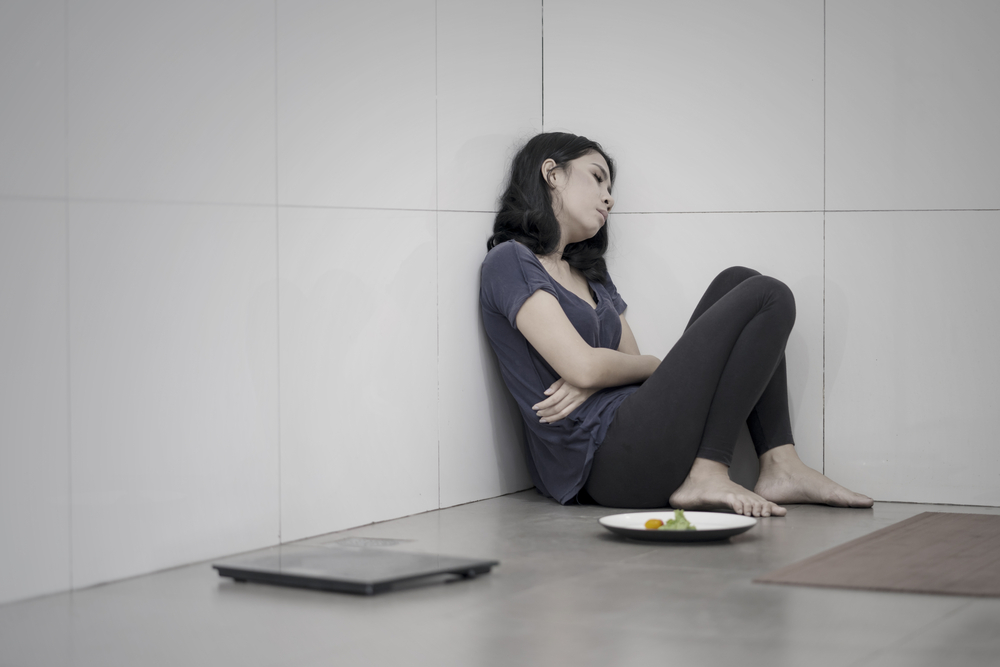 This is especially alarming since eating disorders have the highest overall mortality rate of any mental illness. Hence it is of utmost importance to increase awareness about this illness

“They are fat and disgusting”.

“They will be more beautiful if they lose weight”.

“They should not be eating any carbs because the latter will make them gain weight”.

“They’re worthless if they do not exercise!”

This demeaning, nagging and controlling voice is like an inner bully and is present all the time in eating disorder sufferers. For instance, even when the latter is with friends and family at a dinner gathering, that inner voice will tell the person that he shouldn’t eat a host of foods as they are fattening. The eating disorder voice is even present when the person is trying to relax; the voice will be telling him/her that he/she is lazy and should be exercising instead.

When the eating disorder thoughts are consistently in someone’s head, it becomes very hard to chase them away. As a result, the thoughts lead to unhealthy behaviors such as deprivation, excessive exercising, purging, bingeing and other compensatory methods to control the weight.

The worst is that the inner bully tricks the sufferer into thinking that he is a friend, that he/she needs to believe the voice, thus making the sufferer ambivalent about recovery even though he/she is aware of the harmful effects of the eating disorder voice.

2. So how do we overcome the eating disorder voice?

The first step is to recognize this inner bully and how damaging this negative dialogue is for the sufferer’s physical and mental health. By identifying that inner voice, the person with an eating disorder will better be able to challenge cognitive distortions around food, exercise and body image. It can be beneficial to encourage eating disorder sufferers to talk about what those voices are saying and help them in realizing that those thoughts are inaccurate and harmful.

For the surrounding of the sufferer, the things that the eating disorder voice is saying might feel very irrational but for the sufferer, it feels sensible and rational. Therefore, it is important not to minimize and invalidate how the sufferer feels. For instance, instead of saying simplistic statements such as: “You just need to eat more!”, you can say “I understand that the eating disorder voice is telling you not to eat, but doing that will be harmful for your health. What foods can you eat that makes you not too anxious?”

Encouraging the sufferer to externalize that inner voice and distancing from it could be helpful in recovery.  The sufferer can say to himself/herself: “It’s not me talking, it’s the bully talking.” And if the sufferer would have to face in real life a bully, the first step in stopping the bully would be for the person to stand up for himself/herself. The same goes with an eating disorder.

Recovering from an eating disorder  can be a long process and it is definitely not a linear process; there are some good days and bad days. But it is part of the process and it is important to take it one day at a time.